An Inside Look Into The Sam Wanamaker Playhouse 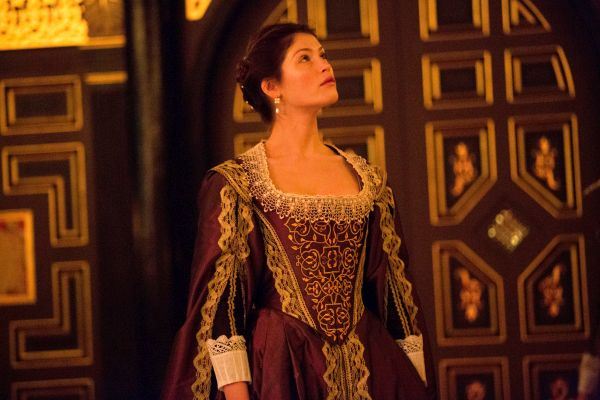 In January of 2014, Shakespeare’s Globe opened the doors to its new indoor Jacobean theatre - the Sam Wanamaker Playhouse. It was designed with the intention of hearkening back to the indoor theatres of the early to mid-seventeenth century. Although it is not a reconstruction of the Blackfriars Theatre (the Blackfriars was first a Dominican Monastery dated to the 13th century, repurposed after the English Reformation. Its upper frater was eventually converted into a playhouse in 1596 by James Burbage, and the King’s Men occupied it from 1609), it is an archetype of an indoor playhouse of the period. Lit entirely with candles and decorated and designed to capture the Jacobean aesthetic, this intimate theatre was the setting for the Globe’s first ever production of John Webster’s stunning tragedy, The Duchess of Malfi, first performed by the King’s Men in the Blackfriars in 1614. A tragedy that is preoccupied with death, female power and virtue, Catholic symbolism, dead hands and macabre wax figures, The Duchess of Malfi offered the Globe’s then artistic director, Dominic Dromgoole the perfect opportunity to showcase the capacities and unique features of the new playhouse and to demonstrate how a Jacobean tragedy like Malfi could come alive for a 21st-Century audience. 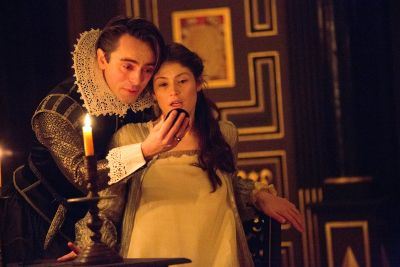 The production had a lot riding on it, so Dromgoole saw fit to cast one of the Globe’s most talented alumni who happened to become a mega star of film and television: Gemma Arterton. The Duchess is one of the most compelling and perhaps beloved female characters of the early modern canon, so how she is interpreted and performed is always a significant feature of how any production of the play is received. The pressure on Dromgoole’s production was exacerbated by how audiences would receive the new playhouse itself, with its seemingly odd, though beautiful features: curved benches in the pit; audience seating on the sides of the stage; early modern lighting technology (candles); a highly decorated interior and an incredibly intimate auditorium. But no other play seemed to fit better than Malfi at this stage of the playhouse’s life. The Globe was keen to put on plays by Shakespeare’s contemporaries and the Sam Wanamaker Playhouse was to be a primary venue for this great wealth of early modern plays. The Duchess of Malfi is one of the more familiar plays, being taught in school and performed more widely than many of the plays of the period. 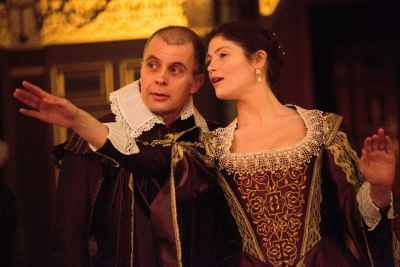 The production was designed by Jonathan Fensom, a theatre designer who had worked for many years with Dromgoole. Fensom was enthusiastic about designing for the playhouse’s unique aesthetic. He was aware that certain fabrics, colours and clothing styles wouldn’t work under candlelight (the Globe had long been researching and testing the conditions of performance that would characterise the Sam Wanamaker Playhouse). Costumes, therefore, had to glitter under the candlelight, but it was also intended that they speak to the at times, sombre and macabre atmosphere that the play generates in many of its scenes. The music was composed by Claire van Kampen who was keen to source seventeenth-century songs that enabled Dromgoole’s vision of the play and its acoustic world to be realised. The success of the production was hard to separate from the accolades the playhouse itself received by the critics. Overall, it enabled the Globe to test its newest theatre with its intimate setting, its gorgeous interior and its seventeenth-century lighting technology.