The Adventure of Playwriting

(Against, Dying City, The Coming World, Now or Later, Other People, Where Do We Live) 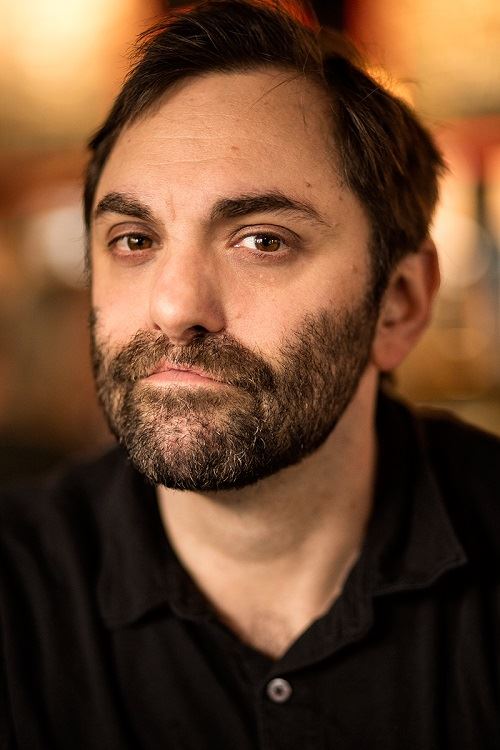 I’m often asked if, when writing a play, I “see” it in my head—do I imagine specific actors, do I picture a particular set…? My answer to this type of question is, “I don’t see anything!”

I am not sure if it’s always been this way—I can’t fully remember my inner experience as I wrote my first plays. But I know that for at least the last handful, all I have had while writing is a feeling.

This sounds counterintuitive. If I am writing a scene between a man and a woman in a rocket factory (the first scene of Against), how could I not be imagining those two people and picturing them on a massive factory floor?

I believe that if this feeling is right, then the particulars of the scene will unlock themselves for the director, who then chooses the designers and the actors who will embody the characters. My only job is to get this feeling right for them.

What does this mean for me practically speaking? It means the design process is a genuine adventure.

Because I like collaboration, I tend to let the director and set designer get to work without much input from me, and the world premiere of Against at the Almeida was no different. Ian Rickson and Ultz began talking and slowly brought me into their process.

As they worked on the play, they felt that its wide scope and large cast necessitated simplicity. To move from location to location and get people on and off, lots of scenery would be an encumbrance. The more they explored, the more they stripped away, till they were left with just a bare stage and an LED screen which announced locations. Chairs lived stage left and right, where sometimes actors in upcoming scenes would sit so they could be brought on easily, and also help give the play a sense of community—the communities represented in the play itself, and the community of a company collaborating on the play.

Instinctively I found this design striking and apt. Knowing how powerful designs are for setting the tone of a play, I grappled with what about it might not be ideal. Would it be too plain? Against is a big play, demanding—might audiences want to have more to look at to help them through it? Would actors visible to the sides of the stage feel twee in some way? I did not want Against to feel sentimental or corny—the play is an attempt to represent violence, not defend against it. Could a metatheatrical level, however subtle, serve to distance the audience from the psychological violence unfolding center stage? I did not want to aestheticize away Against’s deepest concerns.

I held these questions in reserve—none of them felt overwhelmingly concerning to me—and readied for the rehearsal process.

The true test of a design, of course, is how it feels when an audience is experiencing it. As soon as Against began previews, it was apparent to me how intense the design was. It was warm, not cold, but it focused the attention in a very extreme way. Ben Whishaw is the kind of actor who alters the atmosphere of any space he enters—this design seemed to supercharge that aspect of his being. Our stage was unforgiving in the sense that, if the performers were in any way “acting” they looked silly.

Luckily we had a company that was committed to truthfulness, and over the preview period, any performative elements of the staging got stripped away. The result was a profoundly demanding production that left the audience no real room for escapism if that’s what they were there for.

As much as I liked the final design, I couldn’t help but wonder what a busier set might have done for the production. America is shot through with consumerism and cultural noise—what would a design look like that more concretely represented these aspects of American life? Was our aesthetic too clean?

This thought was not a critique of our design—just another step in my ongoing quest to more fully understand the endless mystery of how plays work.